On December 21st 2018, I held my first event as Enamelware Events (now ‘Wild Folk’) in Bristol. I collaborated with storyteller Pridie (The Wild of the Words), Jenny (Cotton and Canvas Parties) for the decor and styling and Matt at Grow Wilder for the food and venue hire. The photos were taken by Lionel (Steal The Day Photography)

Personally, this was the first time I had celebrated Winter Solstice. As I prepared for the event, I decided that anyone could celebrate it and that it was a great opportunity to take a moment of calm before the Christmas holidays began.

A time to be outside, gather with others, partaking in the simple activity of watching the sun go down and sitting round a warm fire.

A time to enjoy the darkness and what it can offer us.

English Heritage have a nice explanation of what exactly Winter Solstice is:

The earth rotates on a tilted axis. When this axis leans towards the sun, it’s summer in the northern hemisphere and winter in the south. This is reversed as the earth continues on its orbit until the axis becomes tilted away from the sun.During the winter solstice, the earth’s axis is tilted at its furthest point from the sun. This means that, for us in the northern hemisphere, the sun is at its lowest point in the sky. It’s also the shortest day of the year — and the longest night.

Studying the passage of time was important to many ancient cultures. For the people of Stonehenge sunlight must have been crucial — it allowed them to see, it kept them warm, it helped their crops to grow. Winter might have been a time of fear as days grew shorter and colder. People must have longed for the return of light and warmth. It is believed that this yearly cycle is what inspired Neolithic people to construct Stonehenge — a monument aligned to the movements of the sun.

So back to our event! In the early afternoon, Pridie led us in a wonderfully magical and immersive time of hearing — and participating in — the story of Hans Christian Andersen’s fairy tale The Steadfast Tin Soldier. There was fancy dress, things to make and lots to imagine and act out.

We kept warm with hot chocolate, mulled apple juice and snacks (the crisps went in a flash!) while the campfire was building.

We gathered around the fire to watch the sun set at 4pm, and were amazed at how it was still quite light when it did eventually set. That’s city life for you!

After the storytelling, we savoured the dinner that Matt (resident chef) had cooked up. On the menu was a vegetable stew and dahl with sourdough bread and yoghurt on the side.

The vegetables used in the food were all grown on site at Grow Wilder, a community food-growing project in Stapleton, Bristol and part of Avon Wildlife Trust.

I can’t wait to announce news of our next events. For now, I will leave you with an excerpt from Margaret Atwood’s poem ‘Shapechangers in Winter’:

All photography by Lionel, words by Hannah. 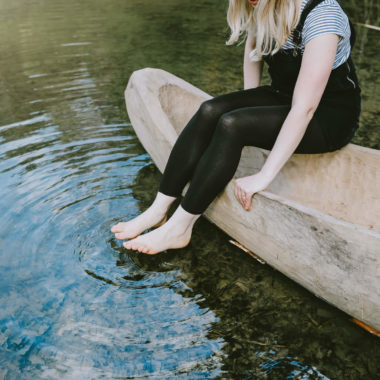